EDIT: View the most up-to-date version of the (still in-progress) guide HERE.

I'm currently working on a translation for the recently-released PS3 Macross game celebrating the franchise's 30th anniversary, "Macross 30: Voices Across the Galaxy." While I toil away on the text document, I thought I'd share some of the Photo-Translations I've finished so far. (Thank you, Zach Zimmerman, for providing the screenshots!)

These images are in no particular order; I will update this post with additional images if an when I end up making them.

First up, the Hangar Menu. Some notes: Squad Settings will take you to the basic unit selection menu, where you pick out your Valkyrie, upgrade your Valkyrie, and do the same for your squadmates. The Mechanics Room is where you go to "upgrade" Valkyries. I'm not entirely competent with the process, but basically you've consume items in order to unlock the next tier of Valkyrie. Hopefully I'll be able to explain this better in the full guide. The "Bridge" is the "My Ship" menu, by the way; and the Item Box is your item storage (you have a limited inventory capacity).

I believe you have unlimited storage capacity in Item Box.

This is the Hunter Guild menu, accessed from the town menu. It's fairly self-explanatory. As for the quests you'll get here, there are a number of different types, most of which (annoyingly) don't have quest markers.

This is the My Ship screen. Exciting stuff, I know. The Gallery is fairly frivilous. You can listen to sound samples, view a Macross dictionary, or look at loading-screen walpaper. Boring. If you want to look at the sexy 3D models in the game, you'll have to do so from the customization menus (I think you have to hit triangle or select).

This is the mechanics room, where you go to obtain upgraded versions of your Valkyrie by consuming items. Each new Valkyrie has certain requirements--X number of Engine Parts, Y number of Frame parts--that you have to meet. Everything is color-coded and pretty self-explanatory.

The options menu! Very handy!
I recommend Control Type B or C. A is terrible.
Be warned that the lock-on mechanics differ for A versus B and C. For A, you tap the button and you lock on. For B and C, you have to hold on to the button to keep the lock--if you depress the button, you loose the lock. You can also move the reticule around while locked to "lead" your targets--gotta love the inclusion of third-person shooting mechanics.

Note that you can score extra damage (critical hits!) by hitting the main body of an enemy, and even more extra damage with headshots. So if you want to take advantage of that skill-based gameplay, you'll have to choose B or C.

(The actual guide will detail all three control schemes, but I won't have different images. Basically, A is PSP controls; B is third-person shooter controls; C is "camera aiming" controls).

This is the pilot stat menu. I assume growth type selection effects the which stats get what increases when you level up. The last two pilot stats are Concentration (which improves lock-on range) and Spirit (which increases the rate at which the SP gauge fills up).

Save/Load menu. Obvious. Keep in mind that circle/cross are confirm/cancel in game, but you use the XMB to save, which switches back to your region default (which is the reverse in EU and NA).

Aircraft upgrade menu. Speed determines how fast you move; boost determines how much you drain your boost gauge while boosting/dashing. Mobility translates better as "turning ability," and determines, generally speaking, how maneuverable your Valkyrie is. To my knowledge, Radar Range effects how far away you can establish a target-lock on enemies, but I might be wrong (haven't tested).

This is the item box menu. Very easy to work with. You'll have to wait a bit for translations of all the items. One thing you really NEED TO KNOW right away, however, is that the second item on the list--if you look closely, you'll see it's a box with a cross symbol on it--is a repair kit. Use these in battle to restore HP and never die.

This time, a view of the weapon customization menu. Most of this should be self-explanatory for you. Note that you can use money to buy tuning points (very helpful). Max Targets effects how many different targets you can lock missiles on to; projectile speed determines how fast your bullets/missiles/beams/lasers move.

Each different weapon uses the same kanji for stats, so everything should be easy. The sub-weapons are numbered in the same way as they appear in the UI (sub-weapon 1 is at the top; sub-weapon 3 is at the bottom). Sometimes you'll have multiple primary weapons, too, and will have to look at the actual item name to figure out which is which. You... should be able to figure that out easily enough. If you see "35mm," you're dealing with a solid-shell cannon (like a machinegun) and not a laser sniper rifle, for example.
....

The Red Shoulders serves as a repository for various science fiction-focused media I create, including but not limited to: essays, translations, game guides, art and 3D models.
My intent is simply to discuss what I love. 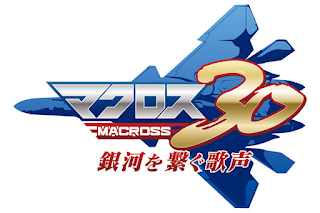